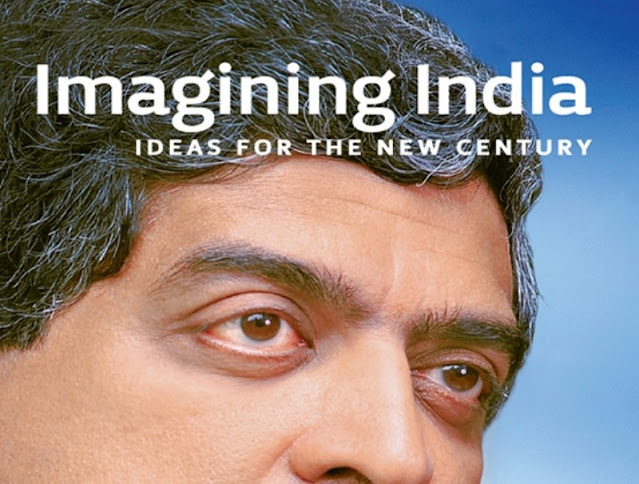 Imagining India is the book written by the founder of first IT company of India named NANDAN NILEKANI.Mr.Nilekani  was also the chairman of UNIQUE IDENTIFICATION AUTHORITY OF INDIA.He was also in the post as co-chairman of INFOSYS TECHNOLOGY LIMITED. Imagining India is a book which is based on the true facts of India's past and present of India . India's development by various reforms in the field of social and economic reforms , reforms in the agricultural and various sectors ,advent of IT sectors and it's possibilities are the key ingredients about whom the book discuss .The economical and social conditions of India  was not good after the independence,even various conflicts were happened in states which is not imaginable ,if you read this book than you will have a better idea that this country named India developed by various rough and tough up and downs. This book named IMAGINING INDIA depict about the differences and development from the past to the present Of India .If you read the book than you will be able to know about the contributions of
Liberal Economy for development of India against whom lots of protest were staged in India.
This book reveals the faulty education systems of India and it's also revealed the faulty  industrial policies and labour laws.The corrupted bureaucracy is responsible for the corruption in various sectors
of India which leads India to a underdeveloped country ,the writer of the book correctly analyse the outcomes of the corrupted bureaucracy of India and it's Outcomes.The  writer wrote about the advent of IT sector to India . Initially the IT sector was not welcoming by bureaucracy and the journey of IT sector was not smooth in India.The story of IT sector is very interesting to read in the book.The writer of the book also wrote about the poor education systems of India which needed reformation.He wrote about how the private schools are performing well than the government schools in the education sector of India.Nilekani also discussed about the liberal societies related to town and cities where there is no more discrimination related to caste .Health care , sanitary systems and corrupted bureaucracy ,these three basic problems should be solved ,Nilekani wrote about the negligence of governments towards these systems and he explained it very skillfully in this book .He also discussed about the solutions in the Book named IMAGINING INDIA.Governments unwillingness to spent money for the welfare of senior citizens and how senior citizens of India are undermined and ignored by their childrens and by the government,its an issue related to social concern of India.
The most interesting subject about whom I knew by studying this book about the national language ,most of the people of India does not know that there is no National language of India ,but most of the Indian thought that Hindi is Indias National language,I was also thought that Hindi is the National  Language of India ,but four years back when I was reading Wikipedia to know about the languages of India than I got the knowledge that India does not have National language and Hindi is not the national language of India,even most of the educated people of India thought that Hindi is the National  language of India ,its not the fault of those people ,there is a commitee in  India specially in South India whose name is RASTRABHASA PRASAR SAMITI and whose aim is to  teach the Hindi language to the most of the people of those states who does not know Hindi to speak or write. An incident is responbile which was happening in Indias past which did not let Hindi to become the National language of India.If you read this book than you will be able to know about the causes related to rastrabhasa of India . This book also depicted about the changes and the challenges which emerged as a new reformations in Indian societies. Most of the people of India flee from villages towards the big town and cities to achieve a better economical life ,this book depict about the changes of lifestyle's of these peoples who fled from the villages towards the cities and towns.Nilekani also wrote about the downfall of ground water level and it's causes and the bad impact created by the downfall of ground water in humans life .
Economical activities in ecologically sensitive areas causes serious damages to the environment ,some wrong economical policies made by Indian government's created ecological imbalances,Nilekani also discussed in details about the subject in detail in the book,Nilekani dicussed about various energy sources which have potentiality and not threat to the global warming and he also dicussed about the
Biofuel which would be less harmful for the climate ,he dicussed about the bad impact of using fossil fuel in the book.According to my opinion this book named Imagining India is a worthy book to read if someone wanted to know about the progressive India which has been emerged as world power .
MY NEXT UPCOMING BOOK FOR
REVIEW 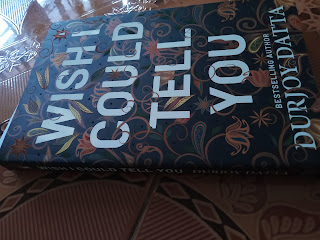 Wish I  Could Tell You is a novel written by a young Indian writer which one became the Best Seller instantly ,most of the people became courious to meet him.The young generation who  loves to read books became his diehard fans.