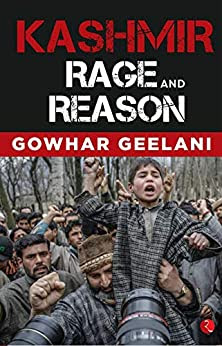 I bought a book before three months,and the name of the book is KASHMIR RAGE AND REASON Add caption Image 1 The name of the writer of the book is GOWHAR GEELANI (you may known after looking at the image of the cover page of the book). Interestingly GOWHAR GEELANI is an inhabitants of Kashmir who knows Kashmir very well from his childhood.Gowhar Geelani is a journalist who travelled various parts of India ,he is a political analyst and television commentator .The Kashmir issue is a very controversial issue between the countries named India and Pakistan since 1947.Both the countries demanded Kashmir as its integrated part .But most of the people of Kashmir demand sovereignty and they doesn't wanted to be part of neither India nor Pakistan(according to the book).Pakistan sponsored proxy war against India. This book named KASHMIR RAGE AND REASON  exposed various subjects like the Dreams of Teenagers ,Dreams of Youths of Kashmir and about the feeling of life under the mi
2 comments
Read more