Wednesday, July 01, 2020
Before writing the review of this book I want to tell you about why I had selected this book to review !

I became emotional when I found this book it reminded  my memorable moments with BOONDA(the male cat )who was a street cat and he took shelter at our home and he became a part of our life .He was a witty cat who suddenly disappeared one day and made me depressed. 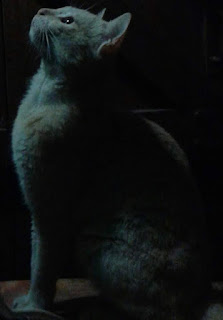 BOONDA ( the street cat)
My entire family members miss him .He was a very smart and intelligent cat I ever found .Only God knows what's wrong happened to him .But I still feel his existence in my mind and I feel like he is somewhere nearby .Most of the people hate street cats and don't care for them ,but I love street cats very much . Absence of BOONDA made me curious to know about the lives of street cats.Boonda had very extraordinary senses ,he knew how to make friendship with most of the persons very well ,he knew the ming of breakfast ,lunch and dinner time at our home and he appeared on definite time to have his breakfast ,lunch and dinner,he never stole anything except fish that we bought from market ,he generally appeared after a week because of fear when he was caught red handed when he involved in stealing fish,  liked to roam in the tea gardens nearby and liked to hunt  chicks which were belong to our neighbours ,but he never harm my pigeons ,he built friendship with my pigeons.
Let's start the review ,the book is related to a cat named BOB and any one can imagine when he or she would have look at the cover page of the book .The identification of BOB is unknown ,whether he was a street cat or he had a owner in his earlier period .The writer of the book  JAMES BOWEN found BOB in London in an apartment where JAMES is living.James is fond of cats .James had a bitter past which led him to become a drug addict when he was a teenager ,the cause was his mother he think because his mother was a working lady and she was a very successful lady and she was roaming different countries with James for business purpose ,he was living in Australia with his mother for three or four years ,he was also living in UK with his mother ,James had no friends and this made him solitary and its also helped him to became a drug addict.According to James(the writer) his life was like a gypsy because of the activities of his mother ,may the activities of his mother was responsible for his psychological conditions which made him a drug addict ,he wrote "WE NEVER LIVED ONE HOUSE FOR MORE THAN A COUPLE OF YEARS ,MY MOTHER WAS ALWAYS BUYING AND SELLING ,MOVING ALL THE TIME .I NEVER HAD A FAMILY HOME AND NEVER GREW UP IN ONE PLACE .WE WERE DEFINITELY LIVING SOME KIND OF GYPSY LIKE EXISTENCE. THERE IS NO DOUBT IN MY MIND THAT WE MOVED HOME WAY TOO MUCH ,AND IT WAS NOT GOOD FOR A GROWING CHILD .IT MADE IT VERY HARD FOR ME TO SOCIALLY ADEPT".James went to London because his mother sent him to her relative ,but James was kicked out and streets of London became his shelter , where he started to live ,eat and sleep ,he got a job there but he was sacked when his employer found him homeless .He could not go back to his home in Australia because he lost his passport ,he became addicted to heroin. He was eventually pick off the streets by a homeless charity .The charity offered him shelters.After hard efforts he made him free from the clutches of drugs and shifted himself  to a flat  where he met BOB(the cat).Bob filled  the life of James with happiness ,he was the extraordinary Tom cat who helped James to get out from depression and he also help James to earn his livelihood ,but how ? If you want know more about the Bob than you have to read the book.I think this book teach us to treat animals with humanity and we will get more affection and love from them in return.
NEXT REVIEW............................................
It's very hard to tell truth all the time for us ,because we may pay for it with harassment ,therefore most of us do not dare to speak truth all the time because of fear of suffer , but there was a great man in this world who dared to speak truth all the time although he knew that his truthfulness may creates troubles in his life ....... 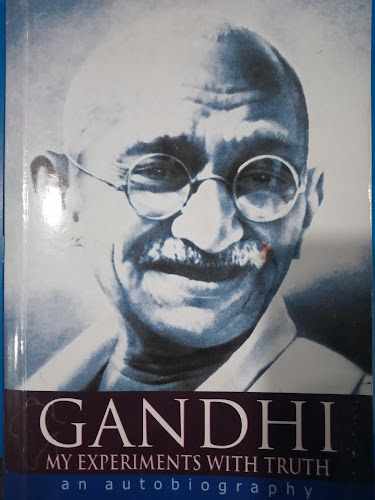 Wednesday, June 17, 2020
TIGER TIGER BURNING BRIGHT it was a poem that liked to read and hear when I was a teenager.Tigers are majestic ,elusive and solitary animal, which is carnivorous.Tiger creates fear by its fearful sound that its creates .Tigers are very skilful hunter who help to maintain ecological balance.Tigers also looks very beautiful .Tigers hunts ungulates in the forest and creates ecological balance,ecological imbalances are started in some countries because of the extinction of tigers in those countries. There are some forests in India where tigers are in existence although its in the verge of extinction in the world.Some organizations are trying to save this extraordinary creature from extinction. A team from a from country arrived in India to make a documentary and write a book on Indian tigers .The team had filming the tigers at a  reserve forest of India and they enthralled by the experiences in the forest .The readers will know about how the latest technologies helps to research on wildlif
2 comments
Read more

Wednesday, May 06, 2020
Imagining India is the book written by the founder of first IT company of India named NANDAN NILEKANI.Mr.Nilekani  was also the chairman of UNIQUE IDENTIFICATION AUTHORITY OF INDIA.He was also in the post as co-chairman of INFOSYS TECHNOLOGY LIMITED. Imagining India is a book which is based on the true facts of India's past and present of India . India's development by various reforms in the field of social and economic reforms , reforms in the agricultural and various sectors ,advent of IT sectors and it's possibilities are the key ingredients about whom the book discuss .The economical and social conditions of India  was not good after the independence,even various conflicts were happened in states which is not imaginable ,if you read this book than you will have a better idea that this country named India developed by various rough and tough up and downs. This book named IMAGINING INDIA depict about the differences and development from the past to the present Of I
2 comments
Read more

Contact Us If you have any query regrading Site, Advertisement and any othe