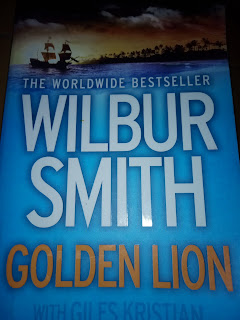 THE GOLDEN LION is the book which I bought from a book stall and I thought that avid book readers should read my reviews about the book before purchasing  by online or from a book stall
The story of the novel related to the year 1670,and I think this year is related to the mediaeval period of the world in human history.This book named GOLDEN LION is WORLDWIDE BEST SELLER.
But readers will feel boredom  initially when they start to read the book ,but later the story of the novel becomes quite interesting.
The year 1670 was a year in colonial era when most of the country's wanted to established its colonies in various parts of the world for business purposes and later these countries became the rulers of the parts of those site of the world.Ultimately those countries who wanted to make colonies and wanted to dominate the world started to indulge in conflicts with each other's to establish their own supremacy in the world .The story of the book depicts the inhumanity , poverty and unfaithfulness created by greed to be rich and powerful .
The story is based on the greed of countries who wanted supremacy in the sea .They appointed troops in the sea as pirates who attacked ships of different countries and plundered it's wealth .
The novel depicts about those deadly fights and it's out comes .
I will like to introduce some sentences written by the writer which depicts the  plights of injured pirates appointed by governments of various countries at the sea.."THEY WERE NO LONGER MEN.THEY WERE THE DETRITUS OF WAR CAST UP BY INDIAN OCEAN UPON THE RED SANDS OF THE AFRICAN CONTINENT .MOST OF THEIR BODIES WERE TORN BY GRAPE SHOT OR HACKED BY THE KEEN EDGED WEAPONS OF THEIR ADVERSARIES . OTHERS HAD DROWNED AND THE GAS IN THEIR SWOLLEN BELLIES AS THEY ROTTED HAD LIFTED THEM TO THE SURFACE AGAIN LIKE CORK BUNGS .THERE THE CARRION EATING SEABIRDS AND THE SHARKS HAD FEASTED UPON THEM . FINALLY A VERY FEW OF THEM HAD BEEN WASHED THROUGH THE BREAKING SURF ON TO THE BEACHES.,WHERE THE HUMAN PREDATORS WAITED TO PICK THEM OVER ONCE AGAIN".
The writer of the novel named GOLDEN LION introduced some interesting characters like Buzzard,Hal ,William Pet etc.Lets discuss about the two charater Buzzard and Hal.

Buzzard was found in a beach by some poor villagers and they could do anything for money ,even never hesitate to commit any crime.The writer depicted his dangerous conditions that the Buzzard faced ,the writer wrote "THERE IS ANOTHER ONE ,cried the eldest in Somali ,he pointed ahead to where a ship's spar was washed ashore ,trailing a long sheet of torn canvas,It was attached  to the body of a white man who had  lashed himself to the spar with a twist of hempen rope whilst he still lived .Now the two boys stood over his caracass laughing.
"THE BIRDS HAVE PECKED OUT ONE OF HIS EYES "shouted the eldest boy."AND THE FISH HAVE BITTEN OF ONE OF HIS ARM"his little brother gloated."The Buzzard was a leader of a fleets of pirates who done his job under a Arab king of Ethiopia .The conflicts with another fleet of pirates related to another king of a country destroyed him and he jumped in the sea,his body was burnt and injured .He was almost going to be killed by some villagers when he was found at the sea shore because of his precious sword for its metal buckle which was made with precious metal and those villagers were greedy for that sword to achieve and they wanted to kill for that.But how he was saved ? What would be his future ? Will he able to meet the king ,under whom he was doing his job ?
Could he able to lead another fleet of pirates and take revenge against his enemy who is responsible for his destruction?Readers will be more curious to know more and more about the plights of the pirates .
This book is published by Harper Collins Publishers.

The Upcoming Book for Review is... 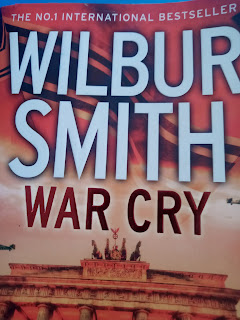