Review of THE GIRL ON THE TRAIN

June 14, 2020
THE GIRL ON THE TRAIN is a Global Best Seller novel written by an eminent  writer named Paula Hawkins.This novel is based on
the facts like loneliness ,unfaithful relations ,jealousy ,impacts of
the  bitter past in the present life.Rachel is the  main character of this novel who travel aimlessly by train after her divorce and the cause of her divorce was her inability to conceive .She loved her husband very much .Both were buying a home to fulfilled their dreams.They had dreams to become parents of their children's.
Rachel likes to roaming aimlessly by train because of her loneliness ,she met most of the passengers who usually travel by train ,because she has curiosity to know about the life stories of most of the unknown persons,she even record the names of   the passengers in her mind who travel by the same train  and by the same route for daily purposes for their life schedule.
".MIND YOUR OWN BUSINESS",its the sentence for everyone by the societies of the world,but Rachel does not follows that rule.
She has been depressed because of the second marriage of her husband.She still feels like she is not a divorced lady although she is separated from her husband and divorced by her husband.A she became a drunkard because of her depression.She consume alcohol to forget her agony.
The another character of the novel which make the story of the novel is "Megan'.Megan is an 29years old lady who got missing suddenly .There were some emotional problems between Megan and Scott ,which one her husband.Scott himself went to the police station to complain about the disappearance of his wife named Megan.Rachel got herself involve herself in the case to help police .She lied to the  police that she knows her.She also went to the house of the husband of Megan to inform that she had seen the culprit with whom Megan had extra marital affair.But why Rachel had done all these stupidity ! I like the book to read because the story is quite interesting and found it difficult to understand at first ,readers must read the book with more concentration to know about the characters of the novel.
NEXT REVIEW... 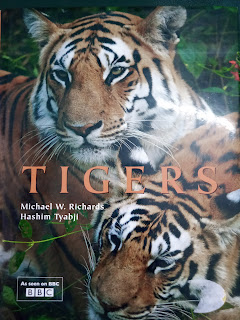